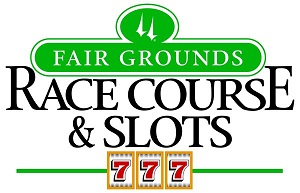 New Orleans has been home to horse racing since 1852 when Union Course ran its first Harness race and opened to Thoroughbreds in 1853. In the mid-1850's, Union Course closed and gave way to Creole Course and the Metairie Trotting and Pacing Club. It was 1861 when Confederate troops converged on the race course, halted racing, and converted the site to a military encampment called Camp Walker. The first American race track to use a post parade and pari-mutuel wagering starting in the 1900's, though horse racing was halted again for eight years after the Locke Law was passed in 1908. Avoiding the wrecking ball in 1941, being rebuilt after a seven-alarm fire in 1993 and the 2005 floods of Hurricane Katrina, Fair Grounds bounced back to see some of racing's greatest horses turn in their brightest performances: from Pan Zareta to Whirlaway, Wild Again to Tiffany Lass, Risen Star to Grindstone.

What to Do at Fair Grounds Race Course

Whether in the casino or the racetrack, there are plenty of places to grab a bite at the Big Easy track. The reservation-recommended Clubhouse dining room is great for more formal occasions, or there is the DeSaix Deli and Gentilly Grill in the slots parlor.The racetrack also offers a ton of great events for patrons, including live music and giveaways.