Two singles for an all-stakes Pick 3 Saturday at Keeneland 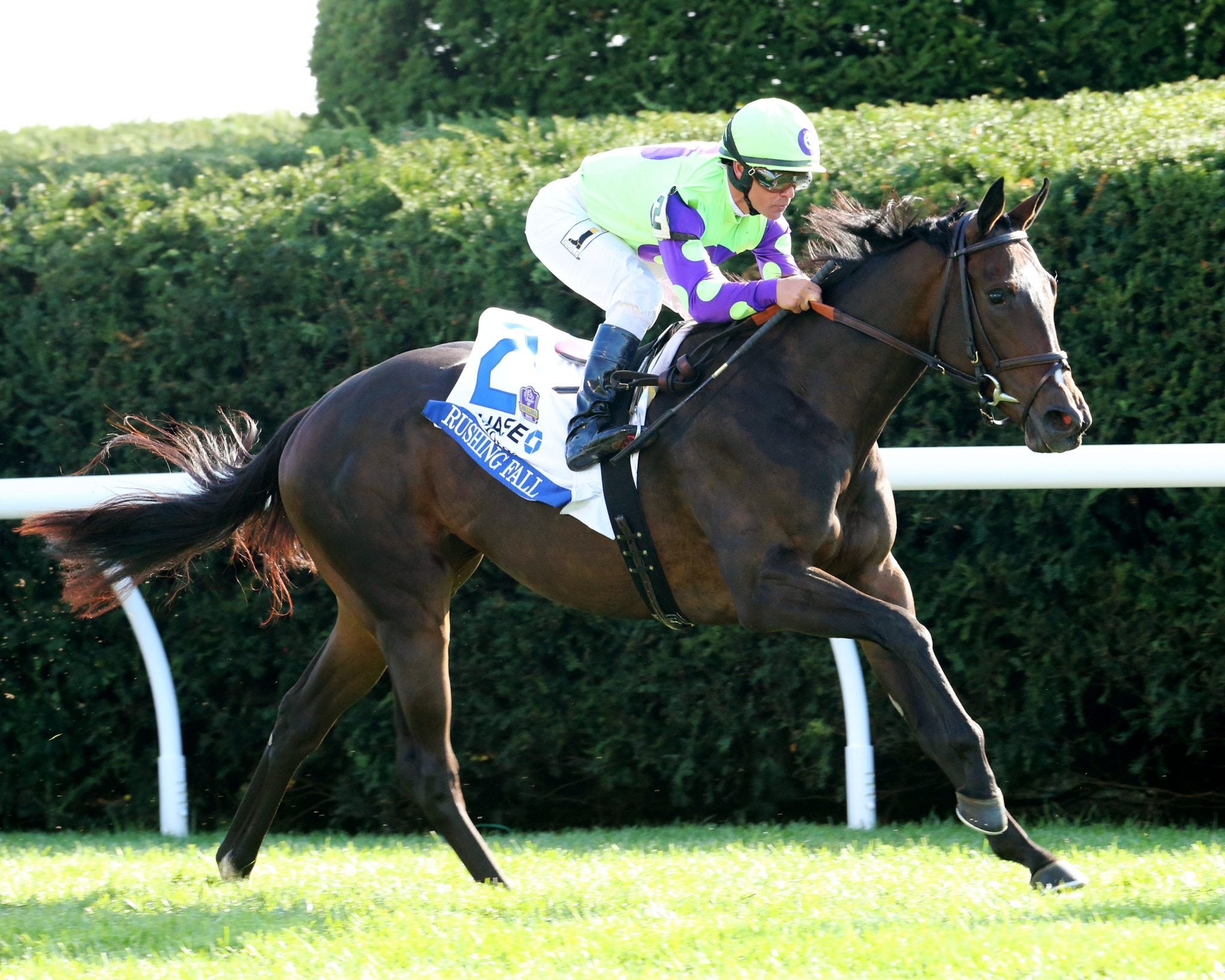 You have to give the Keeneland racing office some credit—it knows how to put together a big day of high-class racing.

On Saturday, October 5, Keeneland will have five straight graded stakes races, which means fans of multi-race wagers will have the chance to play four doubles, three Pick 3s and even a Pick 4 featuring nothing but top-notch stakes races.

The most appealing sequence is the first all-stakes Pick 3, which kicks off in the sixth race. I’m looking to play singles in two of the legs, so the possibility exists to nab a nice payoff with an inexpensive ticket.

Here’s how I view each leg of the sequence.

As I noted in my spot plays for opening week at Keeneland, #3 Imprimis had a tough trip when he finished fourth in the Runhappy Turf Sprint (G3) at Kentucky Downs last month. Shuffled back early on, Imprimis never got a clear run down the homestretch and might have finished considerably closer if he had a chance to lengthen his stride down the lane.

During the spring Imprimis was a gutsy winner of the 5 1/2-furlong Shakertown Stakes (G2) at Keeneland, so a return to this course and distance could be a recipe for victory. Imprimis is 7-for-11 in his career, and with four triple-digit Brisnet speed figures under his belt, he is also the fastest horse in the Woodford field on his best day. Give Imprimis a clean trip in his second start back from Royal Ascot, and he should cruise home on top. He’ll be a single in my Pick 3.

There are plenty of directions to go in this speed-laden dash, especially when you consider the distance is six furlongs rather than seven, arguably shorter than ideal for key contenders such as #4 Spiced Perfection (who was victorious in the grade 1 Madison Stakes going seven furlongs at Keeneland) and #6 Mia Mischief (winner of the seven-furlong grade 1 Humana Distaff at Churchill Downs).

My slight preference is #8 Chalon, a consistent 5-year-old who has cracked the exacta in 14 of her 17 starts. She was beaten just a head in this race last year and returned to finish second by the same margin in the Breeders’ Cup Filly & Mare Sprint (G1), so we know she has class. She also demonstrated her strong form when she overcame a tough trip to claim the six-furlong Roamin Rachel Stakes on September 2 at Parx.

But I won’t single Chalon in this competitive race. I’ll back her up with Spiced Perfection, Mia Mischief and also #7 Talk Veuve to Me, the recent runner-up in the Presque Isle Downs Masters Stakes (G2).

There are 14 fillies and mares entered in this one-mile grass race, and many of them are graded stakes winners, but I’m confident #11 Rushing Fall is a worthy single. Conditioned by top turf trainer Chad Brown, Rushing Fall boasts a near-perfect 10-8-2-0 record, which includes a victory in the 2017 Breeders’ Cup Juvenile Fillies Turf (G1). A four-time grade 1 winner, Rushing Fall is also 4-for-4 over the Keeneland turf course, where she defeated future Fourstardave Handicap (G1) winner Got Stormy in the April 13 Jenny Wiley Stakes (G1).

Rushing Fall is undefeated in four starts traveling a mile, and her lone defeat this season came against her champion stablemate Sistercharlie in the Diana Stakes (G1) at Saratoga, where Rushing Fall ran a quality race to finish second. Rushing Fall has the tactical speed to work out a perfect trip, setting or stalking the First Lady pace, and I don’t envision her losing Saturday.