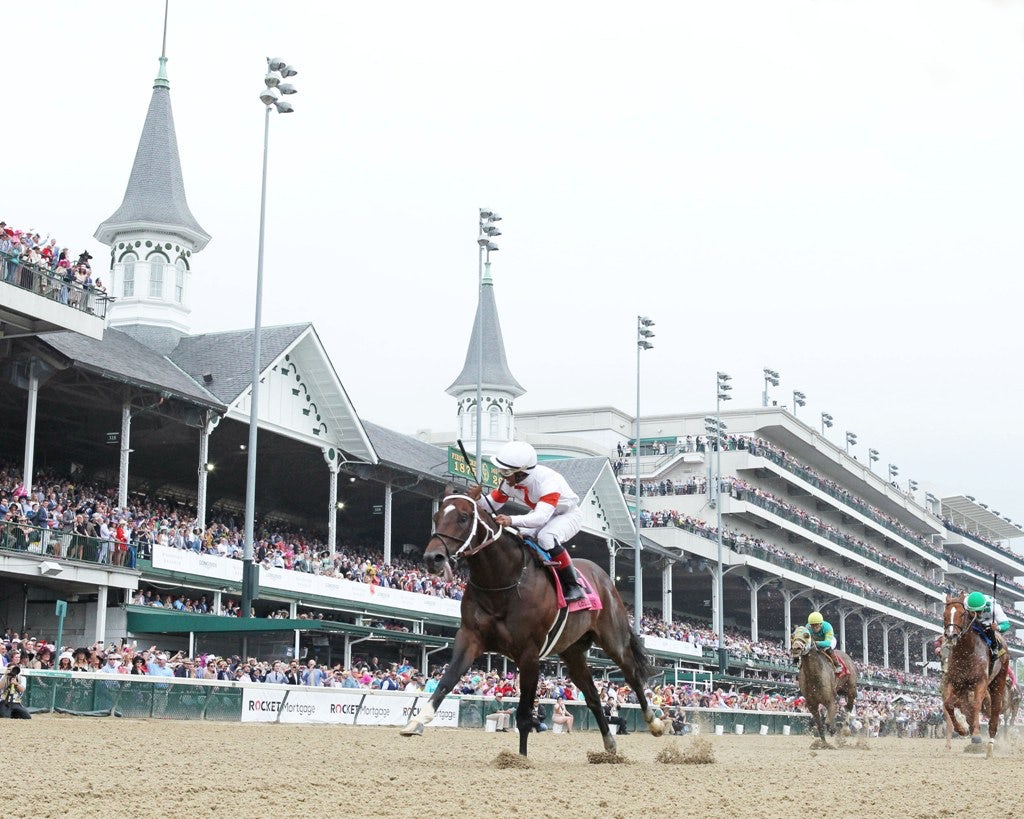 It’s safe to say the transformation of Mitole from a promising youngster into one of the nation’s leading sprinters was rendered complete during the $500,000 Churchill Downs Stakes (G1) on Kentucky Derby Day at Churchill Downs.

In the span of 1:21.21, Mitole lived up to the promise he’s shown since 2018 and gave notice he’ll be a force to reckon with this season. Trained by Steve Asmussen, the 4-year-old son of Eskendereya was favored to win Saturday's seven-furlong sprint after rattling off five straight victories by a minimum of 2 3/4 lengths, including an easy triumph in the Count Fleet Sprint Handicap (G3) at Oaklawn Park in April.

The rise in class for the Churchill Downs Stakes proved to be no obstacle. After pressing the pace through quick fractions of :22.38 and :44.71, the wide-racing colt gradually took command from the recent Commonwealth Stakes (G3) winner Bobby’s Wicked One and pulled away in the final furlong to record a 3 1/2-length victory. Promises Fulfilled and Do Share completed the superfecta in a deep field featuring nine graded stakes winners.

You can argue Mitole might have benefited from a favorable track profile. Until rain arrived later in the day, outside pressers coming from just off the pace seemed to hold an advantage, but this advantage was subtle, if it existed at all, and Mitole’s clear-cut margin of victory was a testament to his superiority.

With seven victories from ten starts, Mitole has become a winning machine, and there’s no end to his ascent in sight. He’s fast, with five straight 102-plus Beyer speed figures to his credit, and can finish strong off a quick pace, though he’s also versatile enough to sit just behind the early leaders if necessary. Even better, he’s  a graded stakes winner at both six and seven furlongs, two distinctly different sprint distances that often favor runners with slightly different profiles.

But if Mitole is going to cement his status as the best sprinter in the U.S., he’ll have to take down two-time champion Roy H, who has prevailed in the last two renewals of the Breeders’ Cup Sprint (G1). With Roy H based on the West Coast, it seems unlikely these two talented sprinters will face off before the 2019 Breeders’ Cup at Santa Anita, a track where Roy H has won four graded races.

With this November showdown looming on the distant horizon, watching Mitole and Roy H stake their claims for division supremacy will add some excitement to the second half of the racing season.
Racing