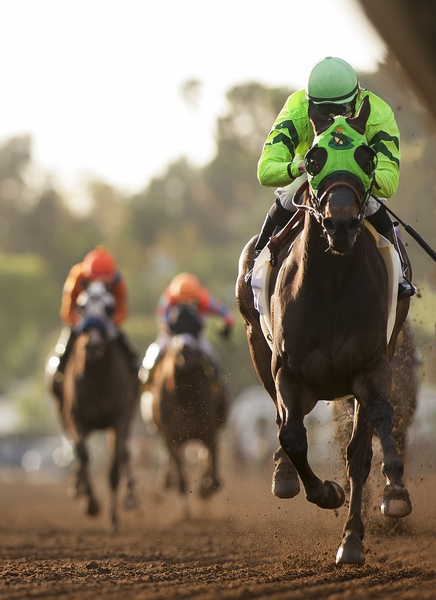 Big days at Santa Anita for me are always just a little more special than big days at other tracks. I’m a total West Coast honk and will always love everything over here just a little more. This year’s Big Cap wasn’t big on star power but the day as a whole was just really enjoyable. Danzing Candy threw his name in the Kentucky Derby hat in a big way as he bested Mor Spirit and Exaggerator. I’ve been on the Mor Spirit train and think that come the First Saturday in May he’s going to be one of my top picks. He ran a decent second considering he was chasing a talented and unopposed leader in Danzing Candy. Melatonin scoring in the Big Cap was an upset but I was upset to see poor Effinex running with a case of hives. He’s clearly allergic to In N Out burger or something in California. But when I saw the picture of him I felt so bad. Also felt bad for bettors because honestly if I’d have seen that close up picture of him before the race I’d have definitely made some back up plays or tossed him altogether. I’m no vet so I don’t know if it impacted him or not, but I have had hives and they suck. 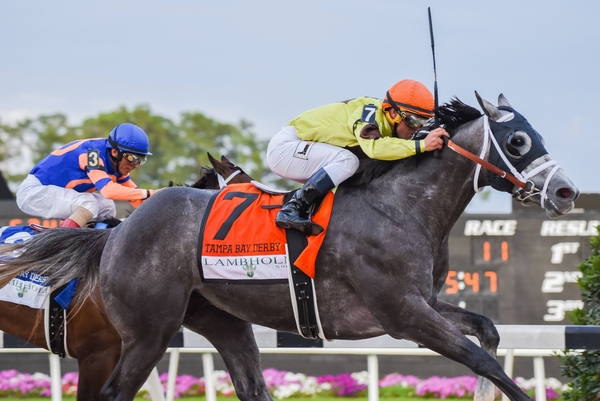 Tampa Bay Downs has gone from a mid-level winter track to one of the best winter meets in the country. Their showcase day was Saturday and it was a memorable one. Tepin had to fly late to catch Isabella Sings in a memorable edition of the Hillsborough Stakes. I would have loved to hear Todd Pletcher giving John Velazquez instructions for Isabella Sings. “Ok Johnny, open up 20 lengths and try to steal it.” Well she sure tried and she easily beat the rest of her foes, but Tepin just continues to show what a classy runner she is. Taking on the boys next at Keeneland in the Maker’s Mile will be awesome. Tepin is one of the most fun horses in the country to watch right now. Destin stamped his ticket to Kentucky with a win in the Tampa Bay Derby and picked up a 100 Beyer Speed figure for the effort. He and stable-mate Outwork gave Todd Pletcher an exacta and two horses on the Trail. We had a great conversation with long-time Tampa Bay Downs announcer Richard Grunder (Listen HERE) on Friday and it was so fun to hear him calling the big races on Saturday.

Mike Battaglia called his last race as the full-time announcer at Turfway, a role he’s had for decades. I had the great pleasure of meeting Mike on several occasions when I was working over at River Downs, which is just across the river from Turfway Park. He was always remarkably friendly and kind and just a fun guy to talk racing with. I’ll never forget talking to him in the spring of 2007 and asking him what he thought about Hard Spun who had just won their big Derby prep at Turfway. Mike said “You know Jason I think it’s gonna be Street Sense and Hard Spun in the Derby.” And sure enough it was. Hats off to you Mike, you conducted your entire career with class and dignity and the sport is better off for you being a part of it. And I’m better off for having gotten to know you.
Racing
Loading...