What is the secret to Bricks and Mortar's astonishing success? 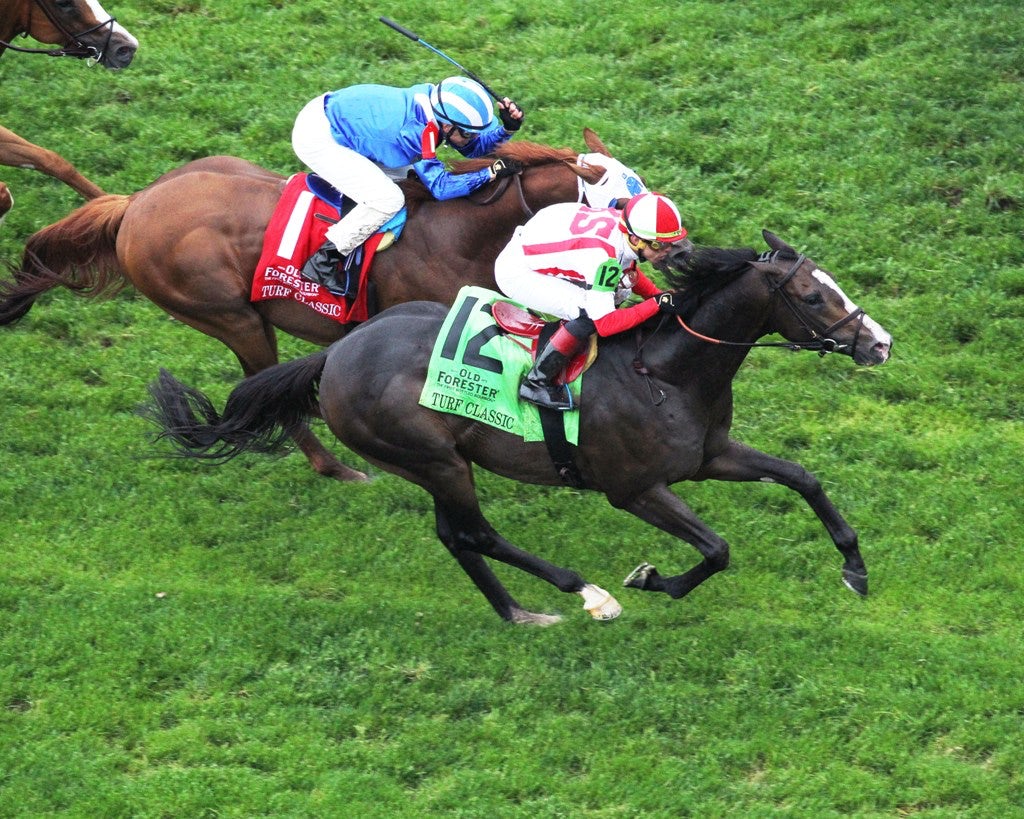 On Saturday at Arlington Park, Bricks and Mortar took another step toward securing honors when he rallied to a comfortable victory in the Arlington Million (G1).

Bricks and Mortar’s triumph in the prestigious 1 1/4-mile race brought his 2019 record to a perfect 5-for-5, including four triumphs at the grade 1 level. No horse has compiled a similarly decorated résumé this year, which places Bricks and Mortar in the uncommon position of being a grass runner with a clear shot at racing’s most prestigious Eclipse Award.

Bricks and Mortar’s exploits have been extensively covered over the last few days, with experts analyzing his record, debating his future racing agenda and comparing him to previous grass greats such as Wise Dan, Kotashaan and John Henry—all Horses of the Year.

Rather than rehash the same territory here, let’s pose a different question. What makes Bricks and Mortar such a formidable racehorse? Why is he repeatedly able to run down high-class horses in the shadow of the wire, with perfectly timed rallies to prevail over and over?

The answer was on full display in the Arlington Million. Bricks and Mortar simply possesses a turn of foot—a burst of acceleration—that none of his rivals can equal. And he can unleash this acceleration on cue every time he hits the track.

Bricks and Mortar had a challenging trip in the Arlington Million. He was slightly rank in the early stages of the race and had to be guided behind horses in order to settle. As a result he found himself buried behind a wall of horses coming off the far turn, which forced him to wait for an opening in the homestretch.

Bricks and Mortar has run a dozen races dating back to February of 2017, and I encourage you to take a look at the approximate finishing fractions he’s posted on every occasion. These fractional splits are extraordinary. Even over slower turf courses, like those at Arlington and Fair Grounds, Bricks and Mortar has produced flying finishes. Over firm and fast courses at Belmont Park and Saratoga, he has genuinely approached the limits of how fast a horse can run at the end of a two-turn route race.

Racing fans and analysts will continue to debate whether Bricks and Mortar can stretch out to 1 1/2 miles for the Breeders’ Cup Turf (G1) or cut back in distance for the Breeders’ Cup Mile (G1). But is the debate even necessary? Given the blazing finishing speed Bricks and Mortar has consistently produced over a variety of distances, I suspect he would have either race at his mercy, which says something about the talent and versatility of this exciting Horse of the Year candidate.
Racing