Why I'm Betting River Boyne in the San Francisco Mile 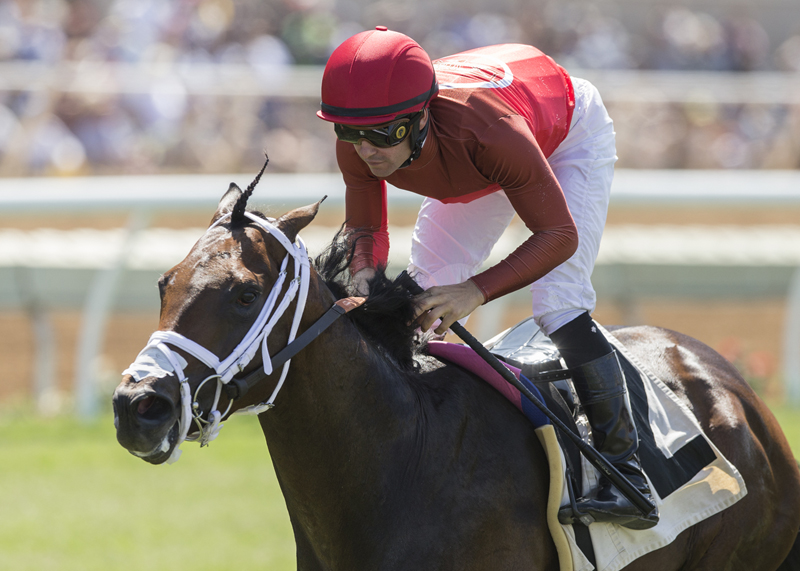 He might not be an obvious standout at first glance, but I believe #10 River Boyne will be tough to beat in Saturday’s $250,000 San Francisco Mile Stakes (G3) at Golden Gate Fields.

The Irish-bred 4-year-old has been flat-out classy since arriving in North America a year and a half ago, going 7-for-13 while cracking the superfecta in all but one of his races. With five stakes wins (three of them graded) under his belt, he’s compiled the record of a quality young turf miler.

I will concede that River Boyne has been less than unstoppable in two starts this season, finishing fourth in both the Thunder Road Stakes (G3) and Frank E. Kilroe Mile (G1) at Santa Anita Park. But he was facing quality opposition in those races, and he was further compromised by trying to rally from off the pace into fast finishing fractions. In the Thunder Road they sprinted home the last quarter-mile in :23.46, and in the Kilroe they finished even quicker, with a final quarter in :23.24 and a final half in :46.32, putting River Boyne (who trailed through the first six furlongs) at a disadvantage.

River Boyne will be meeting an easier field in the San Francisco Mile, and that could be all he needs to rebound. Overall, he’s 3-for-6 going a mile, and having top turf jockey Flavien Prat back in the saddle is a plus. I’m expecting a big performance.

#9 Souter, victorious in three of his last four starts, is likewise shipping in from Santa Anita, but stepping up in class from allowance company. There’s no reason to think this former claimer can’t handle the jump. He’s repeatedly shown the ability to finish fast, and he has more tactical speed than River Boyne, which should help him work out a clean trip.

#4 Le Ken, third in the Thunder Road after tracking the slow early pace, and #1 Bowies Hero, upset winner of the 2018 Kilroe, are other classy Southern California shippers who could be dangerous facing easier company at Golden Gate. The best of the locals might be #7 Grecian Fire, winner of a six-furlong allowance sprint over Golden Gate's Tapeta track last month for Hall of Fame trainer Jerry Hollendorfer. Grecian Fire has run some decent races on grass, but overall is just 1-for-9 on this surface and could struggle to challenge for more than a minor award.

I’ll key River Boyne on top in the exacta and trifecta, while emphasizing Souter underneath. I’ll also play a saver trifecta with Souter on top.