Why I'm betting Shancelot in the Amsterdam Stakes 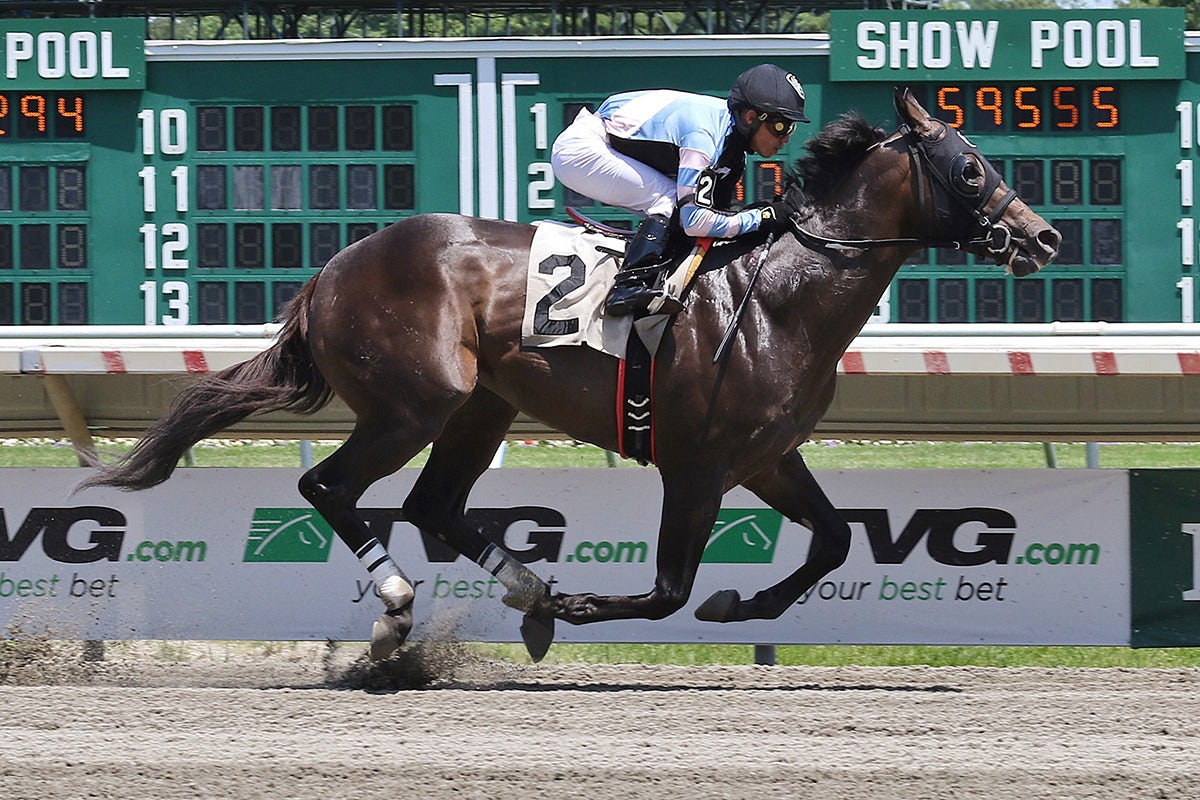 “The best horse I’ve ever trained.”

Those were the words trainer Jorge Navarro used to describe #12 Shancelot after the son of Shanghai Bobby dominated a June 23 six-furlong optional-claiming race at Monmouth Park by 6 1/4 lengths. Now Navarro’s belief will be put to the test, when Shancelot breaks from the far outside post in Sunday’s $200,000 Amsterdam Stakes (G2) at Saratoga.

Considering Navarro has already trained high-class sprinters Private Zone, X Y Jet and Sharp Azteca, his praise of the lightly raced Shancelot is noteworthy, and quite possibly deserved. Shancelot debuted in a seven-furlong maiden race at Gulfstream Park Feb. 16, when he showcased terrific early speed to defeat a quality field. The opening half-mile in :44.29 didn’t bother Shancelot. He held on gamely down the stretch to defeat eventual Florida Derby (G1) runner-up Bodexpress by a neck, with next-out maiden winners Fort Worth and Bandon Woods completing the superfecta.

Four months later Shancelot displayed similar speed in his optional-claiming victory, where he led by four lengths or more at every call to win easily with impressive speed figures (100 Beyer and 105 Brisnet). The third-place finisher, First Deal, returned to win a similar race at Monmouth by 3 3/4 lengths.

Shancelot’s pure speed is so dominant, I suspect his Amsterdam rivals will be hard-pressed to keep up with him. With a break from post 12, Shancelot is going to be flying early in an effort to cross over and save ground around the turn, which could compromise the chances of anyone who pursues him.

Assuming Shancelot’s raw talent carries him to victory—and I believe it will—the expected intensity of the early pace could give late runners the perfect setup to hit the board. The obvious choice is #6 Nitrous, the winner of the Bachelor Stakes at Oaklawn Park and runner-up in the Woody Stephens Stakes (G1) at Belmont Park. But #2 Achilles Warrior (a fast-finishing allowance winner at Monmouth) and #9 Bourbon Calling (victorious in an allowance at Churchill Downs) could also benefit at much larger prices.

My primary play will be a win bet on Shancelot, because the large field should ensure he starts at a fair price. I view him as having at least a 50% chance of winning, so his 3-1 morning line odds are enticing. But I’ll also play him on top of a couple small exactas with Nitrous, Achilles Warrior and Bourbon Calling underneath.