Why I'm betting Varenka in the Lake Placid Stakes 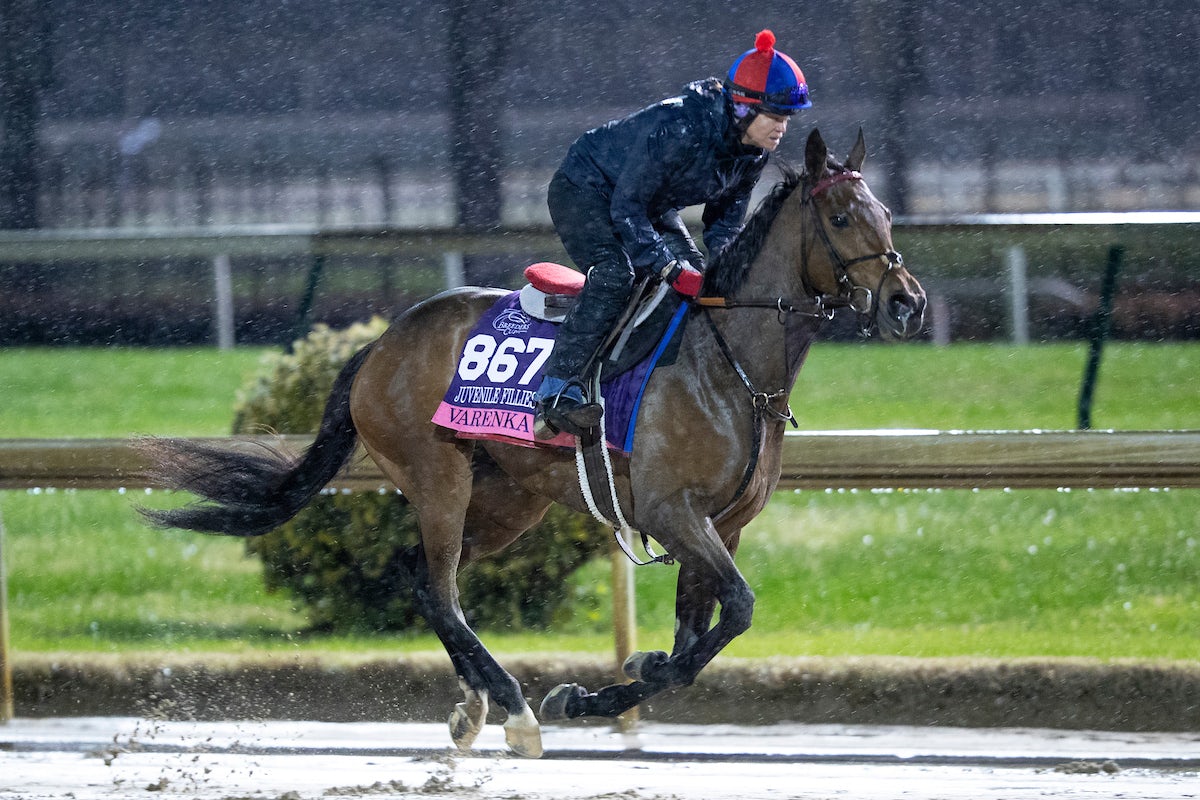 Handicappers have grown accustomed to watching trainer Chad Brown dominate North America’s major turf races for fillies and mares. But victory might not be a certainty for Brown’s fillies in Saturday’s $200,000 Lake Placid Stakes (G2) at Saratoga.

Brown’s contenders are certainly accomplished. #5 Regal Glory has scored back-to-back wins in the Penn Oaks and the Lake George Stakes (G3), with the latter coming at Saratoga, while #4 Blowout finished second in the Lake George a start after she won the Wild Applause Stakes at Gulfstream Park.

But in #1 Varenka, Brown’s fillies will face a formidable foe from the barn of Graham Motion. As a 2-year-old in 2018, Varenka ran well in three stakes races over yielding turf courses, most notably when she finished second in the Miss Grillo Stakes (G2) and fifth in the Breeders’ Cup Juvenile Fillies Turf (G1), behind division leader Newspaperofrecord.

Those were encouraging performances, but the late-running Varenka has upped her game in 2019.  After she rallied to a two-length maiden score at Belmont (with a a 109 Brisnet Late Pace Rating), Varenka endured a troubled trip in a slow-paced, speed-favoring edition of the Regret Stakes (G3) at Churchill Downs, where she waited in traffic around the turn and through the stretch before a late rally to finish third. A clean run in a 1 1/16-mile allowance race at Saratoga last month saw Varenka rally down the lane to win by a neck, with a 101 Brisnet Late Pace rating.

Varenka’s powerful stretch kick should make her dangerous in the Lake Placid Stakes, and with a chance for rain in the forecast, her proven experience over yielding turf is a positive. As a daughter of Ghostzapper out of a Dynaformer mare, Varenka is bred to improve with maturity, and I think the best is yet to come for this promising filly.

Since there won’t be much value in boxing Varenka with the Brown runners in the exotic wagers, I’ll take a stand and key Varenka on top in the trifecta and also bet her to win.