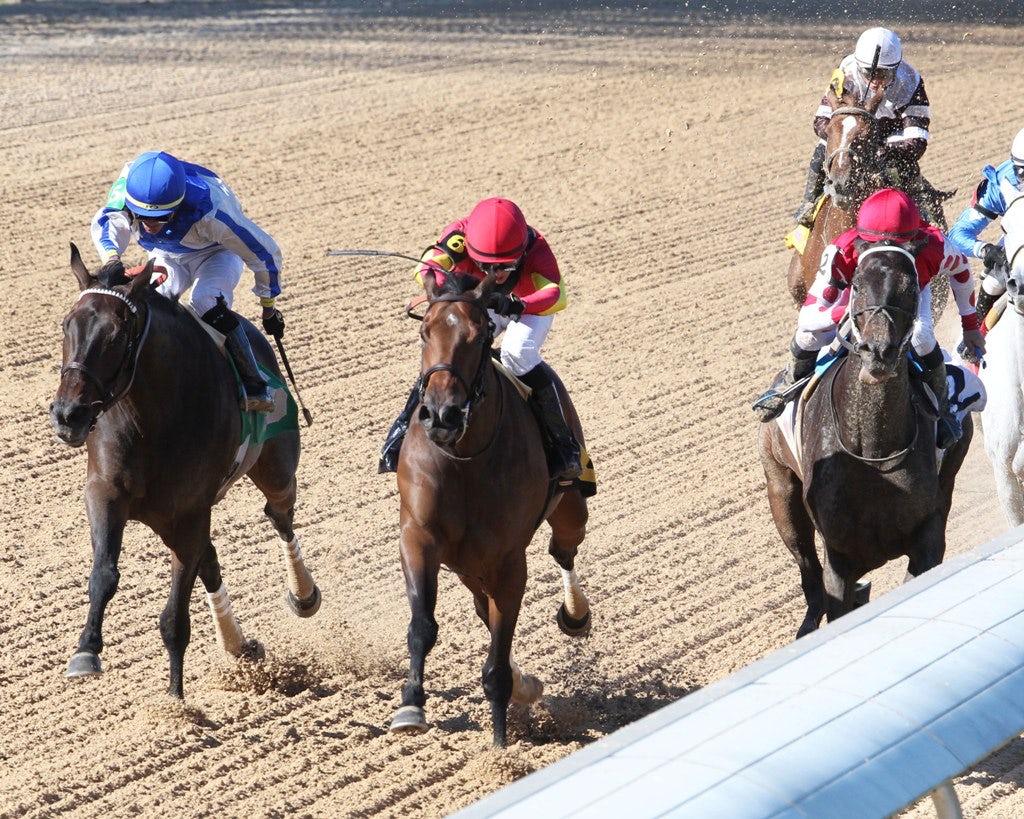 There are only six fillies and mares entered in Sunday’s $750,000 Apple Blossom Handicap (G1) at Oaklawn Park, but I’d argue that you won’t find a higher-quality field anywhere in the country this weekend.

Five graded stakes winners, two grade 1 winners, and a two-time Canadian classic winner are among the entrants, which is why—despite what the tote board might try to tell you—this could be more than a two-horse race between #1 Elate and #6 Midnight Bisou.

Those two are by far the most accomplished runners in the Apple Blossom field. Elate counts major victories in the 2017 Coaching Club American Oaks (G1), 2017 Beldame Invitational (G1), and 2018 Delaware Handicap (G1) on her record, while Midnight Bisou is undefeated in six starts at the Apple Blossom's 1 1/16-mile distance, a record that includes triumphs in the Santa Anita Oaks (G1) and Cotillion Stakes (G1).

Last month Elate and Midnight Bisou squared off in the Azeri Stakes (G1) over the same track and distance as the Apple Blossom, with Midnight Bisou emerging the winner by a length. There were extenuating circumstances—Midnight Bisou received a perfect ground-saving trip, while Elate raced wide in her first start since August—but both of them ran well and will be widely expected to run 1-2 again in the Apple Blossom.
It’s worth noting, however, the Azeri was a slow-paced race with a fast finish, which made it difficult to rate on the speed-figure scales. Midnight Bisou was awarded a 99 Beyer speed figure, but this was raised from the mathematically expected 96 (presumably to compensate for the slow pace), and I personally felt that the figure could have been even lower.

If you’re willing to take a skeptical view of the Azeri’s Beyer, then #3 Escape Clause becomes an interesting upset candidate. A winning machine with a staggering 20-for-30 lifetime record, this 5-year-old mare won the 1 1/16-mile La Canada Stakes (G3) at Santa Anita Park in January and recently broke a track record at Sunland Park, where she cruised to a 7 1/4-length victory in the one-mile Harry Henson Handicap and earned a 95 Beyer.
Escape Clause has plenty of tactical speed, more so than Elate and Midnight Bisou, and could potentially set the pace in the Apple Blossom. Even if she settles in second place early on, perhaps behind #5 Wonder Gadot, the pace should still be modest, allowing Escape Clause to fire her best shot and challenge for victory.

In an effort to seek a more substantial return on investment than an Elate/Midnight Bisou exacta box would provide, I’ll key Escape Clause for first and second place in the trifecta: