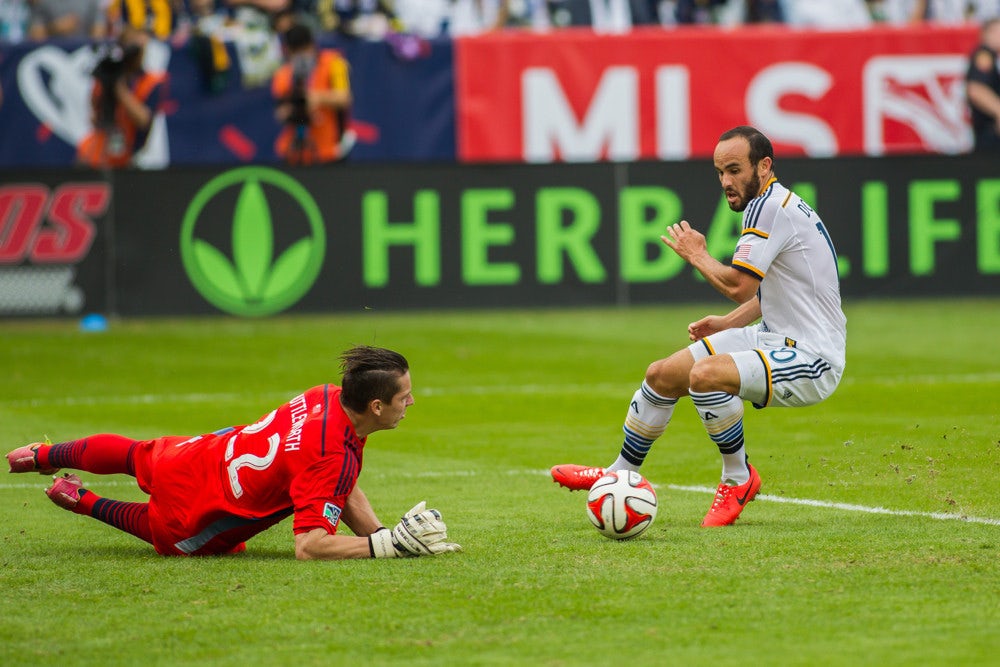 MLS will begin its 25th season in 2020, and the quarter-century milestone has inspired a debate about the top players in the league’s history. There are so many to choose from, but these five are the greatest to play in North America's top domestic league.

Josef Martinez has been an assassin in his three MLS seasons. He has scored 77 league goals in 83 appearances, and has an MLS Cup and a U.S. Open Cup on his résumé.
No player has ever scored at a more prolific clip than Martinez, who could break the all-time goal scoring record if he stays three more years.

El Diablo had 101 assists in eight seasons, including two seasons with 19 assists. He finished with three MLS Cups, two Supporters’ Shields, 1 CONCACAF Champions League title, a Copa Interamericana trophy and a U.S. Open Cup, and his play mesmerized an entire nation. He was one of the league’s premier stars, and he made everyone around him better.

The Atomic Ant was phenomenal in his four MLS seasons and scored 68 goals. He has the record for most free kick goals (15) and he transformed Toronto FC into a powerhouse.

With Toronto he won an MLS Cup, a Supporters’ Shield and three Canadian Championships. He had a play every week that would leave fans with their jaws on the floor, and the league was better with Giovinco running it.

It wasn’t just the hair. It was the flair.

Carlos Valderrama, with his signature mane, was an absolute demon for the Tampa Bay Mutiny, Miami Fusion and the Colorado Rapids. He had 114 assists in seven seasons, and 2000 was his best season. That year he led the league with 26 assists, a league record that has not been approached.

No MLS best list can be legitimate without El Pibe. He created so many goal-scoring opportunities with his passing, dribbling and fierce competitive spirit, and he did it all with incredible flash.

Donovan's total of 145 league goals was an MLS record until 2019, and he is one of the most decorated players in league history. When his career was done, he had six MLS Cups, two Supporters’ Shields, a U.S. Open Cup, seven MLS Best XIs, two MLS Cup MVPs and an MLS MVP. His total of 136 assists is also an MLS record, and he is the best the league has seen, in ability to create goals and score them.

Donovan is easily the greatest player in MLS history, and it may take a generation for anyone to equal the résumé he had while a member of the league.


The MLS season may be over, but there is still plenty of soccer to wager on around the world at BetAmerica!